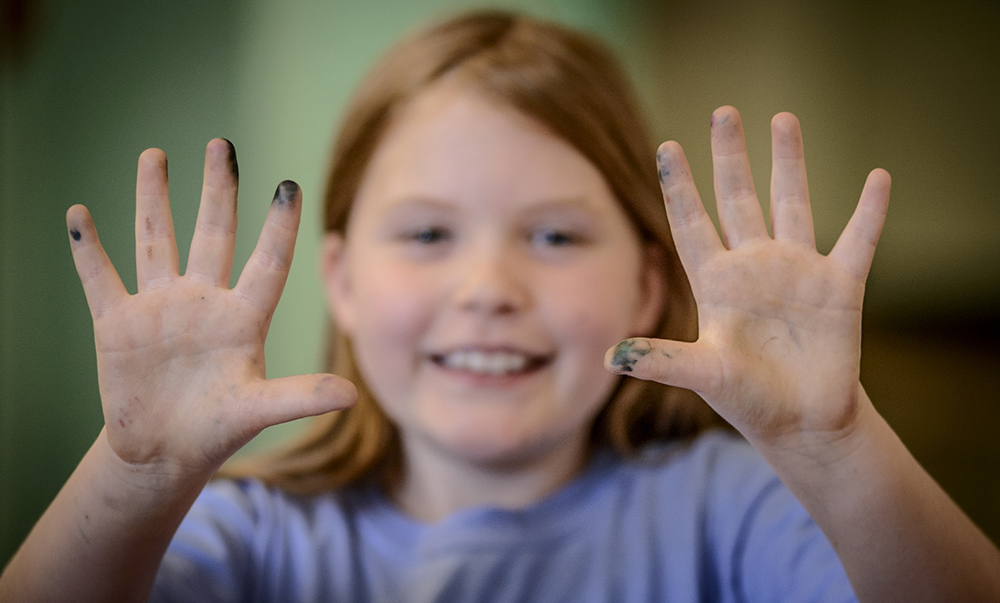 Steamhack 2017 and the Living Stones

Collaboration. It’s the essential, ever present—yet often overlooked—resource that makes or breaks the project phase of a Creators Camp experience. Today’s participants are learning the lesson the hard way.

“Failure is an essential ingredient for success,” opines Vincent Hunt, co-founder and CEO of Creators Camp, a 501(c)(3) whose mission is to prepare America’s young emerging creators and innovators for the future by exposing them to the fields of Science, Technology, Engineering, Art/Design and Math (STEAM) and developing key interpersonal skills: Creative-Thinking, Critical-Thinking, Communication, Collaboration and Buildership.

Today his camp is filled with the beneficiaries of the Living Stones International youth programs. Living Stones, another local 501(c)(3), is a faith-based social services organization focused on ministering to families affected by incarceration. Pastor Gary Montgomery, and his wife J.C. are the power couple behind Living Stones. They “retired” from a successful life running a national logistics firm, and decided running an after-school ministry for at risk youth was the kind of R&R they needed in their second act. 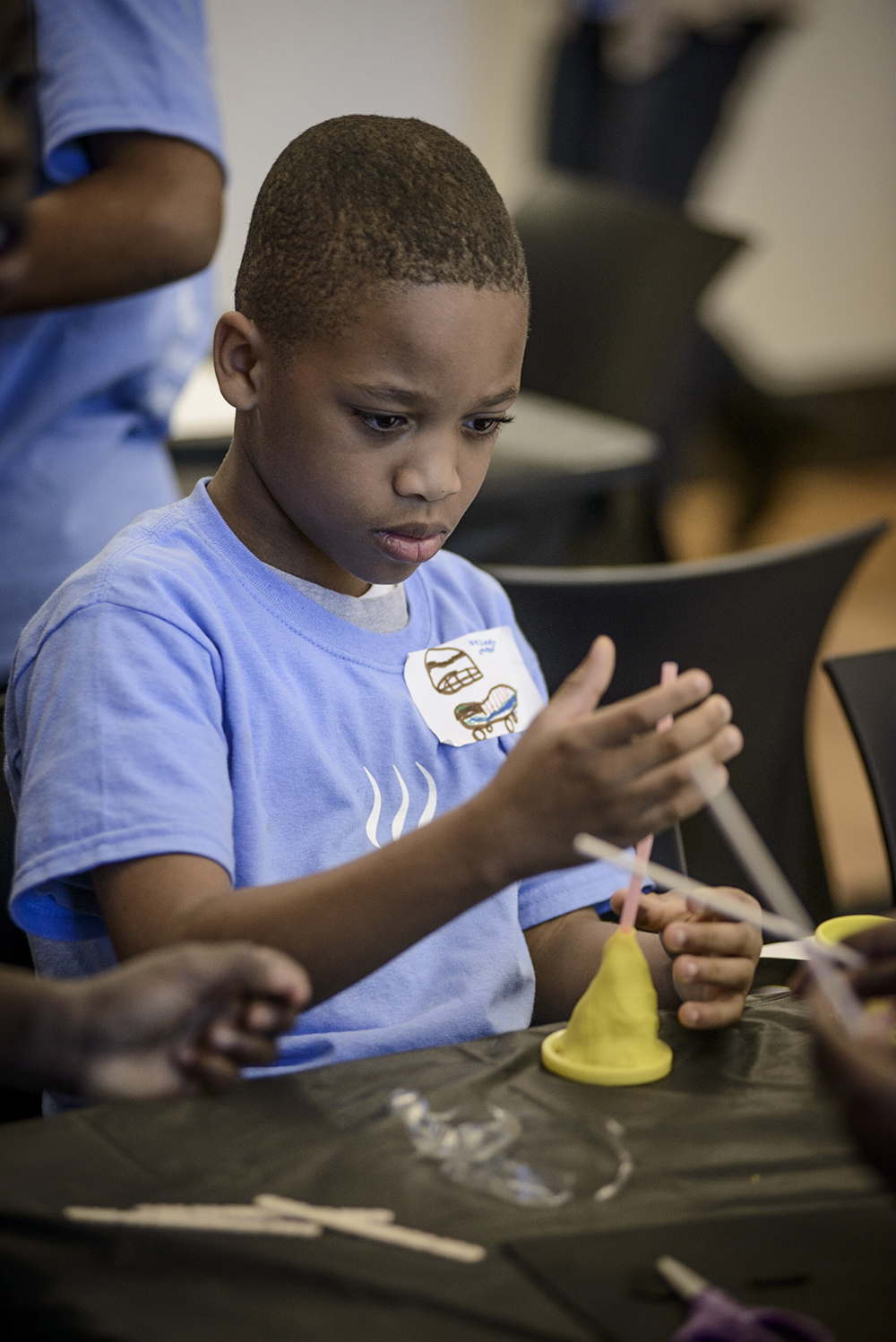 Vincent, continues to comment on the day’s activities in subdued tones, so as not to tip off any of the participants.

“We’ve been talking about Collaboration all morning,” he says, “Now it’s time to create something, right?” However, they find themselves facing a challenge. They’ve all been given limited resources. None of them by themselves has enough to make anything very impressive.

One look around the room and it’s obvious, that the kids aren’t reaching out to each other. They haven’t quite figured out that in the project world 1 + 1 = 3.

“That’s OK,” says Vince with a smile, “Failure is a mandatory precursor to success.”

He isn’t wrong. Hard learned lessons stick like no other. Despite his approach to this particular challenge, he’s not all hard edges. Not by a long shot. Vincent burns from a fire within. His warm and well wishing spirit emanates from him and is infectious.

“What was the big word we talked about all morning?” he asks the camp, in hopes of sparking an eureka moment. “Collaboration,” they respond, full throated, and perfectly on queue. After thirty seconds or so, the light bulb goes off for a few, and you can see a couple kids here and there start to ask their neighbor to share.

This is no small feat for two reasons. First, the morning started with a lot of the kids finding it hard to open up and engage. The fact, that 4 hours into the camp he’s got them responding loudly and in unison is a testament to the breakthrough he’s made. Secondly, this is an emotional breakthrough as much as an intellectual one. At least some of the kids let their wall down enough to ask for help. Even if it’s just for some Play-Doh from a table mate, it’s nothing to dismiss.

While the Creators Camp is going down in the Black Archives at FAMU, around the corner at Domi Station, Steamhack 2017 is in full effect. Collegiate technology enthusiasts from the area’s universities and colleges are participating in a hackathon to raise money for Living Stones. A hackathon is an event, typically lasting several days, in which a large number of people meet to engage in collaborative computer programming. This being inaugural year for Steamhack, the duration is a scant 7 hours.

The purpose of the Steamhack is to raise enough sponsorship dollars to fund a technology education program at Living Stones during the next school year. If all goes as planned, college mentors from CodEducation @ FSU will be working with the middle schoolers two days a week, and receiving work study credit for it. CodEducation, a Steamhack partner, is lead by Dominic Fezzie, a soon to be alumni from FSU who is currently hacking away in the competition.

CodeCraft Works, yet another 501(c)(3) and Steamhack partner, will be providing curriculum and mentor training. Meagan Bonnell, who runs the Leon County Branch, is already coordinating the fall program with J.C. while the competitors crank on their projects. 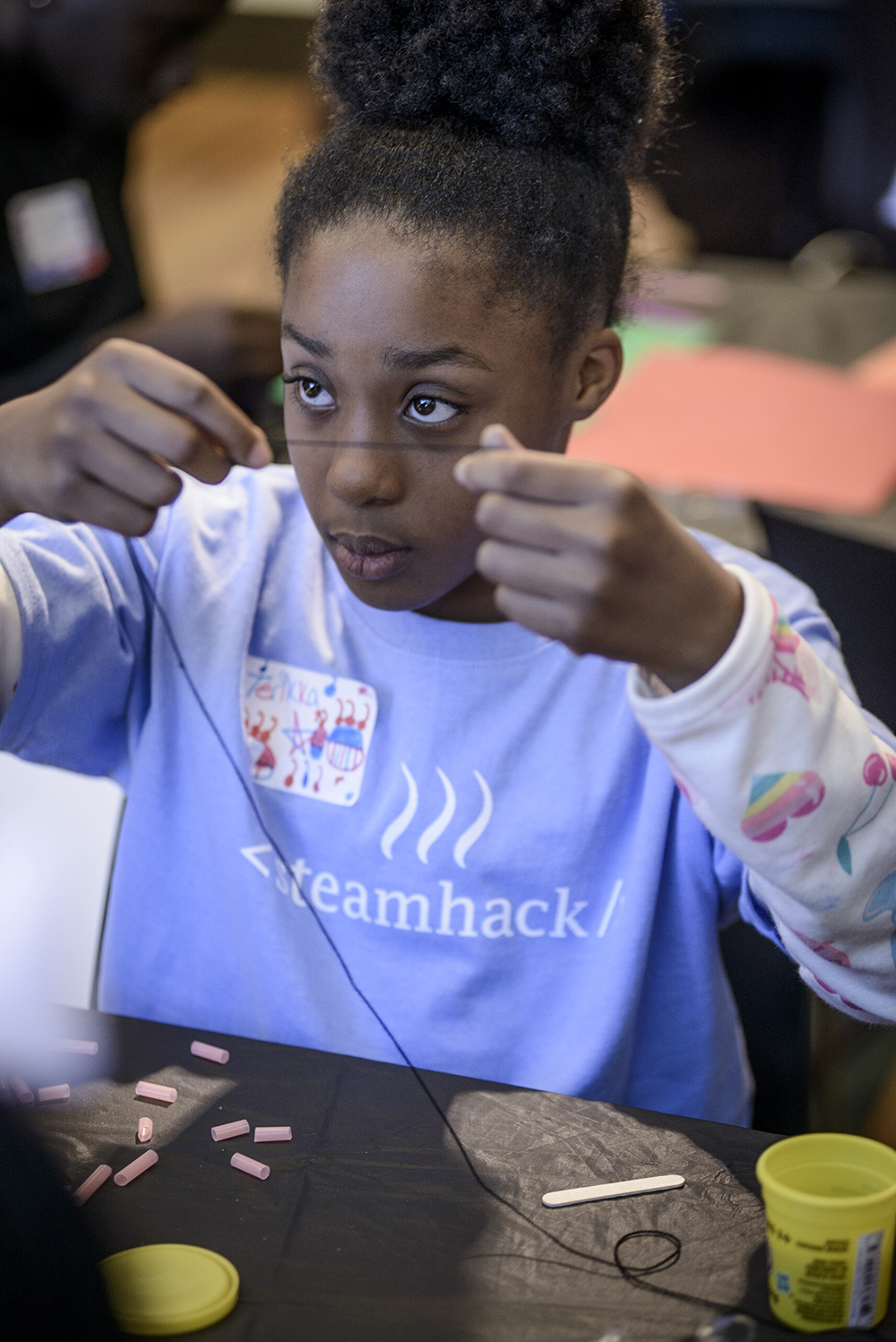 “It all came together on a wing and a prayer…literally,” says Derek Strickland, founder and organizer of Steamhack.

“After working with Living Stones for a year or so J.C., Gary, and I decided we needed to figure out a way to create a more consistent technology education opportunity for the kids. My one or two afternoons a month just wasn’t cutting it given the goals I have for these kids.” says Derek. “All the best developers I’ve ever worked with started when they were young,” he continues. “This could really impact these kid’s futures.”

And indeed it already has had an impact. Pastor Gary shares a story about how the seeds are bearing fruit. It turns out that one of the kids has already won a science award at school. He earned the award for a project he developed using the coding skills he acquired during the twice monthly tech sessions.

“And you thought it wasn’t enough,” says Pastor Gary to Derek. “You already made a difference.”

Derek shrugs. He clearly doesn’t take compliments well. “Wait till you see what happens this fall when the mentors start coming twice a week.” he says, “We can do better, and more. And reach more kids. I’ve already got ideas for next year.”

Pastor Gary smiles and says, “It’s all about the one sheep, my friend. If we can just help one of them, it’s all worth it.” Derek smiles, and nods, but his eyes are full of stars. He’s already got plans for next year.