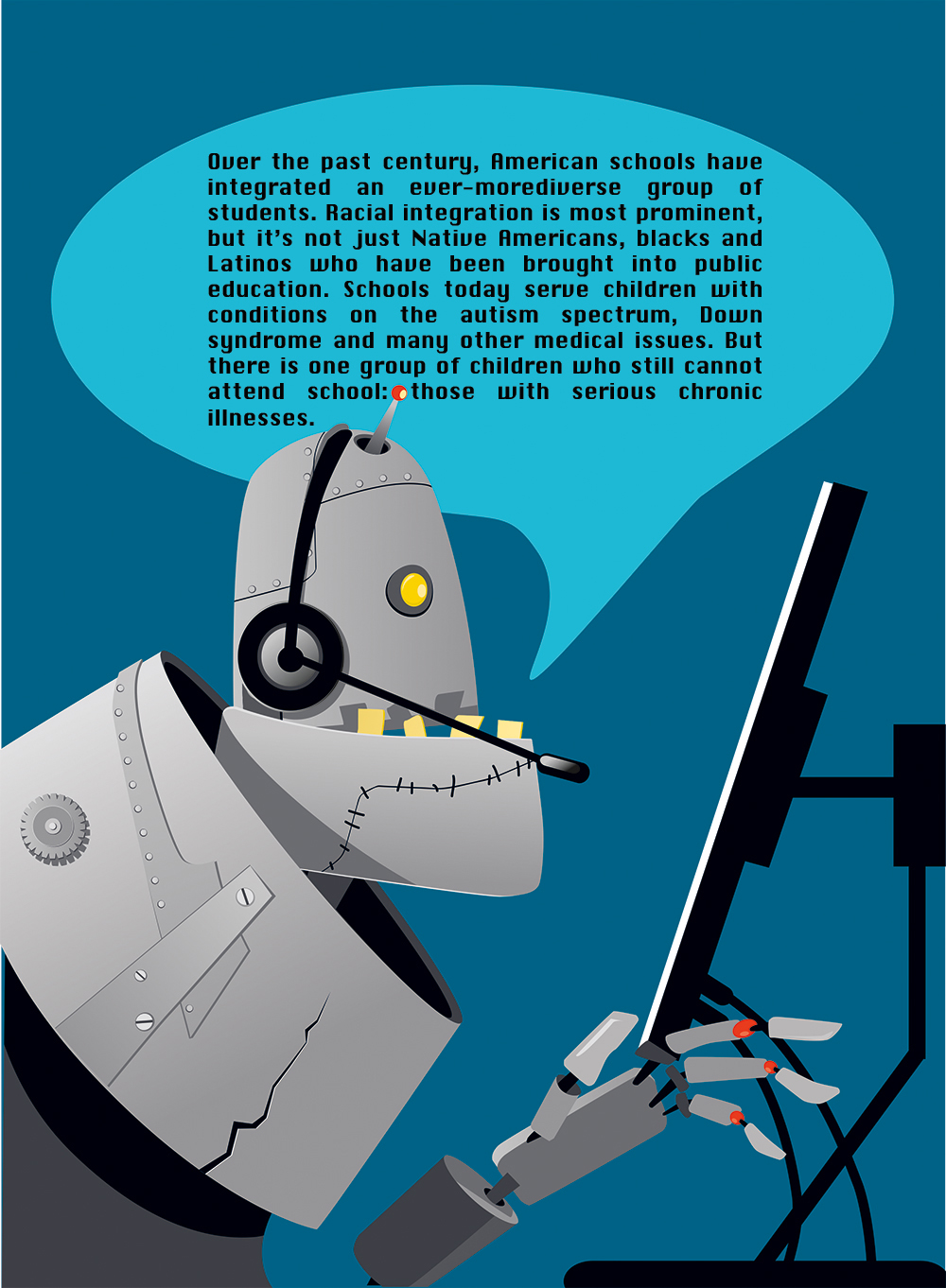 These homebound students, who may have cancer, heart disease, immune system disorders or other illnesses, appear to be the last excluded population in the U.S. education system. Until recently, there has not been a way to include them in school without great risk to their health. Technology has given us a new, powerful option to finally include these students the telepresence robot. Telepresence robots allow their users to see, hear, move around and interact in real time with people in faraway places. They offer a way to finally include chronically ill children in traditional school learning environments. The homebound child operates the robot from home, setting a rolling camera-speaker-screen in motion to engage in small group discussions, travel from classroom to classroom, join friends at recess or lunch break and even attend after-school and extracurricular activities, such as choir or Boy Scouts.

Read the full version of the original article.

This article was originally published on The Conversation.