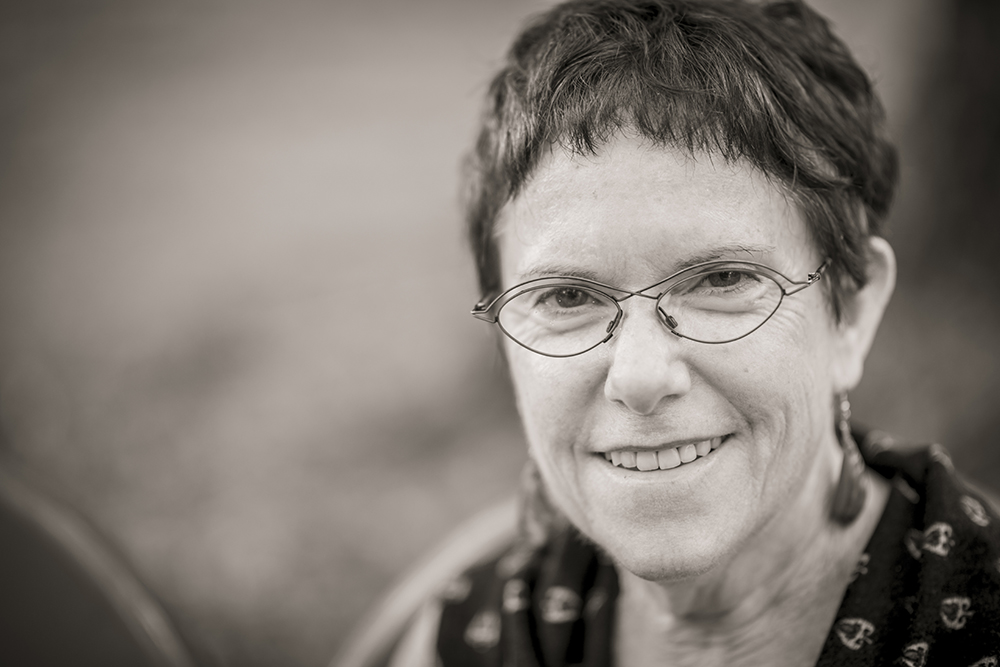 Family is the ultimate safe investment. Few investments prove as beneficial in times of need, whether immediate as when confronted by adversity, or growth-oriented as a potted tree when it becomes too big for its container. Putting one’s time into the preservation of family often leads to compound interest, only the “interest” in this case is fully entrusting ones legacy to another to carry forward.

It is always straining when we do end up having to call upon those we love most, especially when asking for their help distracts them from living their own lives. But having invested in the right people makes the decision so much more worthwhile, and you can almost never go wrong when choosing family. Over at Chelsea Salon & Spa, there’s a person whose understanding of this concept was built upon more than her fair share of once-in-a-lifetime ordeals.

Anyone who’s met the woman could tell you that Mary Fannin is a fighter. In 2001, Mary discovered that she had breast cancer. She found inspiration and support from those around her – especially her family – when knocking down her foe in a once-in-a-lifetime prizefight to successfully overcome cancer. As with all victors, however, her championship belt was being sought by another: Mary was diagnosed with Parkinson’s Disease in 2004. Mary has not stopped defending her title. It’s not in her nature. Even during Mary’s inaugural years running a hair salon—she co-owned the first Hairsmith location on Dewey Street in 1977—she was no stranger to adversity.

“After a full day of work each Saturday, Mary would offer her expertise in haircutting to many, many family members, free of charge,” explains her sister Sue Peña, current owner of Chelsea Salon. “This couldn’t continue for long. There was a point where we needed, as a family, to support Mary and her business, too.” Thanks to this experience, Mary was able to buy Hairsmith, Inc. and open an additional location on the Parkway. By the time Chelsea Salon & Spa opened, she had salon business down to a tee, and Chelsea has become one of the most prominent in the city.

One reason Chelsea Salon & Spa had become such a success in Tallahassee, even in comparison to Mary’s previous ventures, was its introducing Aveda products to the city. Aveda is among the most influential companies in the industry globally, known for its aversion to harmful chemical-based substances as well as its very high-quality products. Aveda’s founder Horst Rechelbacher also implemented business policies that deviated from those conventional to hair styling establishments and improved the experience for the customers.

Many hairdressers pay for their booth or chair and essentially conduct their own business. This can lead to hairstylists becoming very possessive of their clients. Mary wanted to set up her institution with professional hairdressers and spa specialists. She re-prioritized the focus of the service providers from themselves to their clients and the company (in that order). The clients don’t always come to Chelsea Salon & Spa for a particular stylist or spa specialist, because everyone in their employ is both adroit in their occupation and eager to please whoever walks through the door. Mary and Sue are sisters, but their Chelsea family includes everyone in their employ, and they do everything they can to make life easier for their kin: between regularly inquiring in regards to what can be done to improve morale, to what is needed to help the individual grow, to holding ice cream socials and other parties to celebrate special occasions, Chelsea Salon attempts to possess as positive a working environment for the staff as possible.

Mary’s ability to get her staff to leave their ego at the door was instrumental to the success of Chelsea Salon. For quite some time, there was only one person whose ego caused Mary any issues: her own. Having been in the business for over three decades, one comes into a wealth of experience that can be passed on to those who listen. This, of course, also means that the listeners eventually know enough to start their own practice.

“In the beginning, I would take it very personally and get my heart broken.”

Mary’s witnessed a lot of bright young stylists come and go over the years, absorbing her knowledge for a few years before putting her teachings into effect in their own salons.  “If they would stick around, I could teach them that their caring for the clients is what makes the client come back.” Of course, she still keeps in touch with many of her former employees, on a personal and a professional level. Mary’s always been big on education and she takes any opportunity she gets to learn from or teach someone she takes under her wing.

So much time and compassion had been invested in her staff members that it’s no wonder that the majority of salons and spas in Tallahassee are a product of Mary’s own lineage. But any parent of a collegiate student could tell you that nothing makes watching someone you’ve spent so much time with leave hurt less, no matter their destination or intentions.

Horst hated this feeling, particularly when it pertained to the ownership of Aveda. He was determined not to give it up for money, and spent the latter part of his career attempting to hold onto Aveda in order to ensure that the next owner was as singularly-passionate about entrepreneurial and nutritional-advancements as he was.

Succession was not a priority of Mary’s upon opening Chelsea Salon & Spa. However, after a few years of working two full-time jobs—running the Salon & Spa as well as fighting Parkinson’s disease—Mary realized that this battle may require the entirety of her attention and focus, clouding her future as Chelsea’s woman-in-charge. Fortunately, she did not experience Horst’s dilemma when looking for the successor for her pride and joy.

Sue joined the company as its office manager in 2012. She and Mary didn’t realize in 1977, they would both prosper from Mary’s exceptional hairstyling and business skills. “I think about it now, and I realize that I made the right choice because she can communicate so well with both my staff and our clients. You wouldn’t think that’s what you’re looking for in a money manager. But my staff and clients feel secure that they’re in the right place because she makes things happen.”

This, mind you, is coming from the founder of one of the largest and most successful salon and spas in Tallahassee. It’s high-praise from a high-impact member of the Tallahassee community who knows a thing or two about the industry, and she’s never doubted the decision.

Sue did not start off as certain.

Sue’s business acumen meant that Mary could focus on doing what she loved most—speaking with clients and teaching her stylists—without worrying the hassle of worrying about the constantly-churning stream of profit in the slightest. Of course, Sue’s influence extends far beyond the salon’s financial stability. Sue has brought structure to the business that continuously leaves it prepared for any possible obstacle.

In fact, even though it’s been roughly two years since she purchased the company, Sue has already picked and is helping to train an eventual successor: her youngest daughter Jenna.

Like her mother, Jenna had business experience before becoming a part of the management team, and actually worked at Chelsea Salon & Spa when she was age 15: first as an assistant then working her way up to front desk coordinator. Four years later, she moved to Chattanooga, where she co-managed a restaurant before returning to Tallahassee and reunite with her Chelsea family. Jenna’s taking an active part in various parts of the business, with the intention of at some point either taking the reins of or co-owning the salon. Both Sue and Jenna believe that this passing of the torch is the best possible outcome for Chelsea; Sue insists that her and Jenna’s primary goal with every decision made at Chelsea Salon is to prolong Mary’s legacy. Whether this means Sue remains in place for another year or ten, she’s ready to take as much time as it takes to ensure that her 26 year-old apprentice masters her prospective role atop the chain of command.

“We do it as we go. By the time another change is made, we’ll be ready to go.”

For nearly forty years, Mary Fannin had run some of the premier salons in Tallahassee. With Chelsea being the culmination of everything she’d learned in her career, she could not simply give it over to anyone. She decided to trust Sue, and the results have almost exclusively been positive so far. It makes sense, then, that Sue would follow in her older sister’s footsteps and look within her own family tree for a capable individual worthy and willing to water the ever germinating sprout that is Chelsea Salon and Mary’s contribution to the world. 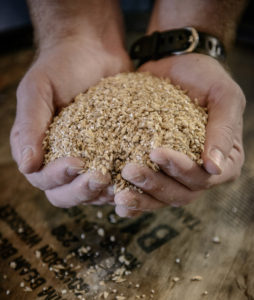 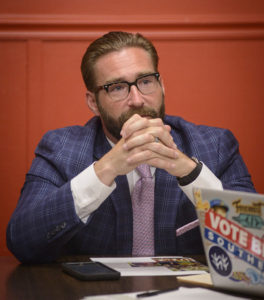 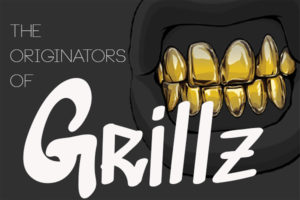 The History of Grillz