The Sturdy Brothers: Handcrafted in the USA

The Sturdy Brothers: Handcrafted in the USA 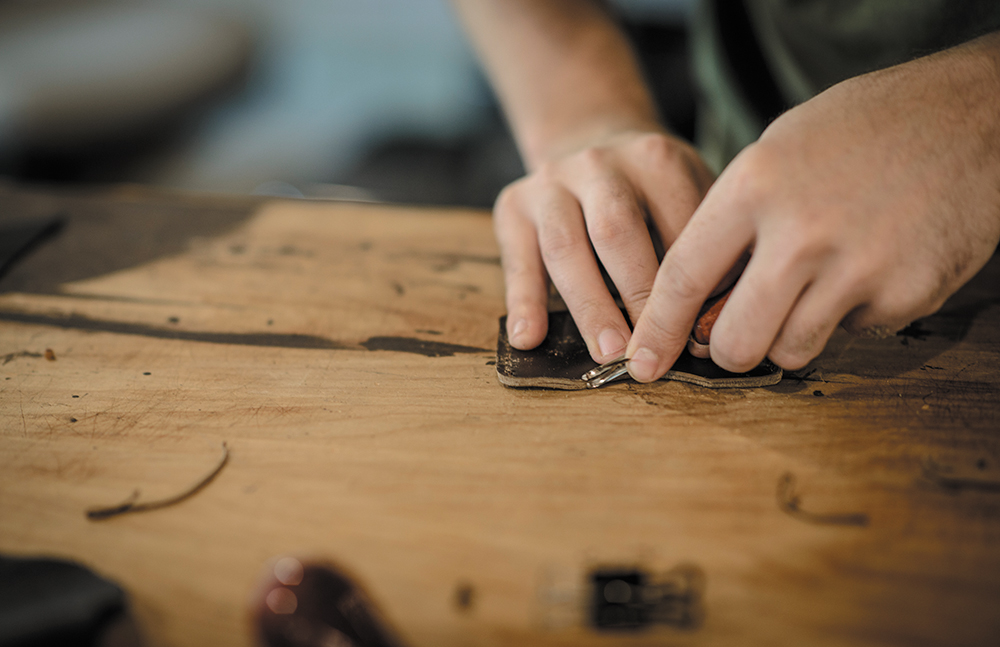 In the land of opportunity, where the pursuit of happiness is a liberty allotted to everyone by the very constitution our nation upholds, it is a tragedy that the majority of people are forced into–or worse yet, content with–working daily in occupations about which they do not feel impassioned.

For this reason, among so many others, we find individuals and organizations of people who have defied expectations by not succumbing to society’s degradation of dreams and finding a way to make a living while staying true to their heart, and highlight these societal outliers because, sometimes, all we need in order conquer an insurmountable obstacle is to see that it is, in fact, possible to overcome. In Thomasville’s Sturdy Brothers, we believe we’ve found a shining example of people devoting the entirety of their efforts into realizing an operation that brings them gratification.

Benjamin and Spencer Young have been known for the manufacturing of high-quality,handmade waxed canvas and leather goods since they started Sturdy Brothers in 2013. Unless you have experience with the pair or their company, it may come as a surprise to find out that the idea to create durable goods was conceived almost immediately before the inception of Sturdy Brothers: when the Youngs wanted to make an apron for the shared dream of opening a coffee shop–the first thing they’d ever manufactured–they found that their handiwork garnered unanimous praise from coworkers and craftsmen alike. Upon discovering their hidden talent, the brothers decided that this was their calling, and started working towards turning this untapped potential into a fruitful business.

Just like all of history’s greatest partnerships, each half of Sturdy Brothers provides an essential, intangible contribution to the company that nonetheless stands out to anyone who’s purchased one of their products. At the time of the company’s earliest stages, Benjamin Young had attended Valdosta State University for some time in hopes of attaining a business degree. As many florists could tell you, sometimes creating the perfect flower requires “heading”– pruning the non-primary buds so that the plant devotes the majority of its energy towards the growth and development of the selected flower head. Benjamin would put this form of prioritization into practice by diverting attention from his former goal in order to see more compelling ambition through, leaving Valdosta State in order to better tend to his germinating company. In doing so, Benjamin was able to apply what he’d learned from his studies to running Sturdy Brothers more effectively, without needing to divvy up his effort as well as avoid burning himself out.

Spencer, meanwhile, made his mark on the direction of the company itself. He noticed the seemingly-continuous increase in people purchasing more and more of their material goods from a single supermarket while disregarding specialists who are almost guaranteed to provide better products. The exchange of overall quality for inexpensiveness seems like a perfectly-harmless idea on the surface, especially considering the universal struggle to maintain a healthy budget in a market such as ours. But this wasn’t always the perspective of American consumers–or, more importantly, of our nation’s producers–and that’s where Spencer’s gift to the company came in. His wish was to rekindle the spirit that flourished in the United States during its times of industrial superiority but seems to have dissipated in recent years. Sturdy Brothers products consist of materials from domestic producers who strive for substance of the highest order. In this way, money cycles back into the American economy and rewards high-quality producers, recreating the culture the country encouraged before the age of planned obsolescence (a concept denoting the creation of products intended to break down over a period of time, leading to higher sales due to shortened product lifetime).

The combination of a clear vision, business-background, and inherent talent proved successful almost immediately. In fact, less than five years after its doors were first opened to the residents of Thomasville, Sturdy Brothers is set to expand across the country and into the retail industry. Ben and Spencer are currently testing the market across the Southeast for their leather and waxed canvas goods as well as clothing such as jeans and button-down shirts.

Their main takeaway from the Sturdy Brothers experience: there’s nothing more valuable when starting a passion project than starting. Ben insists that he learned more in one month’s time co-helming the company than he did in all of his time in university, and that’s no indictment on his education. It’s a reason why job experience is so valuable for people looking for employment: there is no substitute for the knowledge acquired through implementation. “There are a lot of people who just need to go out and do what they love.” There is, perhaps, nothing more human than the drive to do better. Our country had built an economic and technological empire upon the approach, crafting products more advanced and efficient than its competitors. However, there are countless ways in which one can quantify improvement, just as there are ways in which we can improve that simply cannot be measured.

Quality of life is one such form of improvement. Benjamin and Spencer Young realize that doing what you love as an occupation is, perhaps, the best way of ensuring one obtains the most out of the little time we’re given to live a fulfilling life. It’s shown in every product they’ve made, starting with that very first apron. 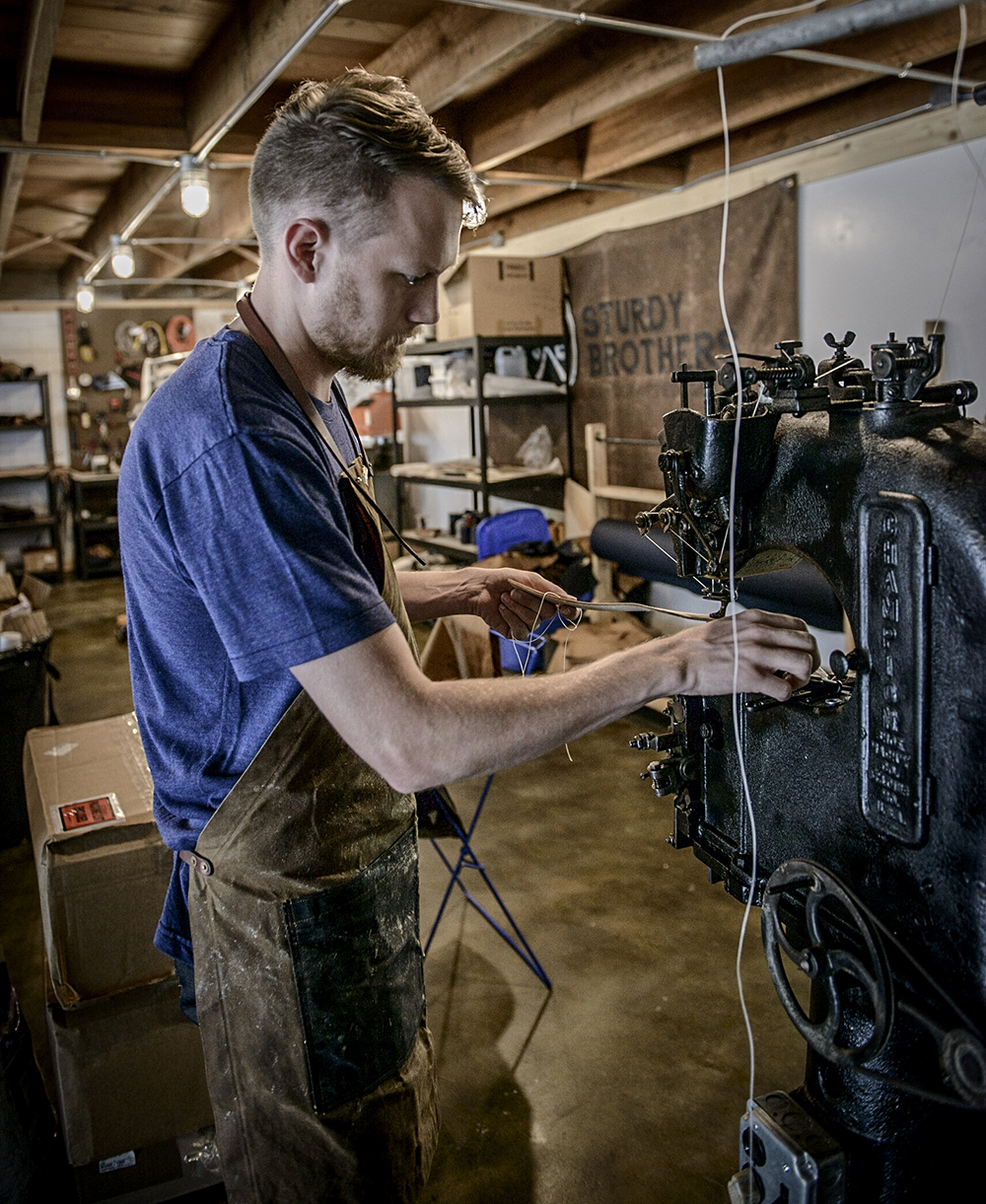 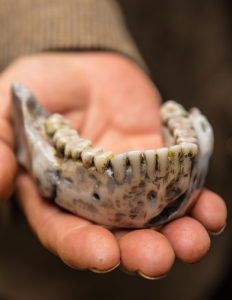