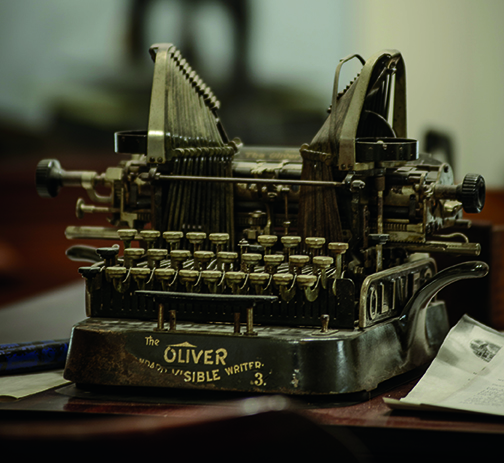 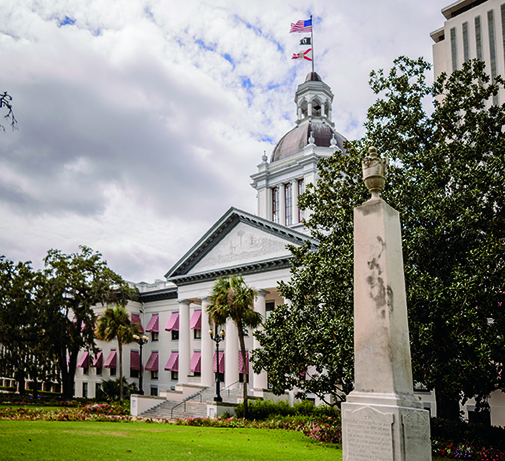 “Tallahassee?” he said with a raised eyebrow. His tone of surprise left more of an impact than the word. I came downtown to check out the Old Capitol and explore a little of downtown. After signing in and getting my museum map, I soon realized why the gentleman was so surprised I was a local. The place was empty. No inquiring young minds with their parents, no young couples finishing their fourth year at Florida State on a first date that’s not really a date, because it is a museum and that’s neutral ground as we all know—just me and the couple from “Pwallm Be-each” by way of New York.

It wasn’t until a beautiful Saturday afternoon that I learned that it’s really called the Florida Historic Capitol Museum. I’ve lived in Tallahassee for twenty years and relegated the downtown icon to elementary school field trips. I was wrong. For a $3 donation visitors are transported back to a Florida long gone, a Florida of change and progress, and a building that you just can’t help but fall in love with.

Before my visit to the Old Capitol, I visited the Downtown Market Place located on Park Avenue. A string of local and regional vendors lined up in the charming chain of parks. Every Saturday from 9 a.m. until 2 p.m., March through December, you can get everything from wind chimes to baked goods. Check out Joe’s Antique Post Office Banks. He crafts incredible wooden boxes with old brass postal mailbox doors, some from the 1800’s. Pretty awesome! Or if, like me, you can’t resist a good pun, stop by 221B Baker’s Treat and get a laugh and a goodie, no amateurs here. The park has live music, shade and local flare. Strolling down Adams Street you can approach the museum through the corridor between the New Capitol and the old. Taking this way is like going backward through time. Pause a moment to see the memorials surrounding the capitol buildings—the firefighter memorial on the north side of the plaza honors those who have given their life while serving their communities in the state of Florida. Future memorials are currently under construction.

With my Sherlock-scone and coffee settled I began walking the halls of the Capitol of another time. 1902 to be exact. As the needs of Florida changed so did the Capitol—it grew in size as addition after addition were added. When the New Capitol was completed in 1977 many wanted to tear down the Old Capitol completely. Appeals poured in throughout the state, and the Old Capitol was saved as an historical site. A selective demolition began to reduce the building back to its 1902 size. The entire museum is a replica of the how it would appear and function as if it were 1902 and opened to the public in 1982. All three branches of the government operated within the same building. The state congress on the second level, the two chambers occupying the north and south wing. On the first floor are found the governor’s suite and Supreme Court chamber. The other rooms are used to house exhibits. 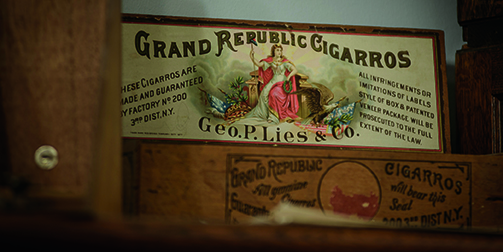 Don’t miss the 1902 mutoscope (a predecessor to motion pictures) that displays images of downtown Tallahassee. One of my favorite exhibits is the office of Governor Jennings, who served from 1901 through 1905. With the original Honduras mahogany office furniture donated by the Jennings family, the exhibit does an excellent job of transporting the visitor to the era. The Florida Historic Capitol Museum has several exhibits to keep the little ones interested such as “Be a Preservationist” and the “Supreme Court Selfie Stop.”

The charm of the Old Capitol doesn’t come from the historically accurate exhibits alone but from the building itself. The blend of classical and Roman influence of the iconic downtown building contrasts with the modern institutional feel of the surrounding buildings. The refurbished staircases were done using photographs from the era. The interior art glass-sub dome was reconstructed with glass fragments found during the selective demolition. A lot of work went into saving and restoring this beautiful building, and it’s right here in Tallahassee.

From the Florida Historic Capitol Museum you can visit the Museum of Florida History just down the street or grab a bite at one of the many local restaurants in the downtown area or nearby Gaines Street. We see these historic buildings every day and sometimes lose sight of how fortunate we are to  have such a beautiful city to explore. Now go get lost downtown!

Wesley Garrity has lived in Tallahassee for more than 20 years. He loves the outdoors and tries his very best, though often unsuccessfully, to get lost wherever he goes.