Reach for the Stars

Reach for the Stars 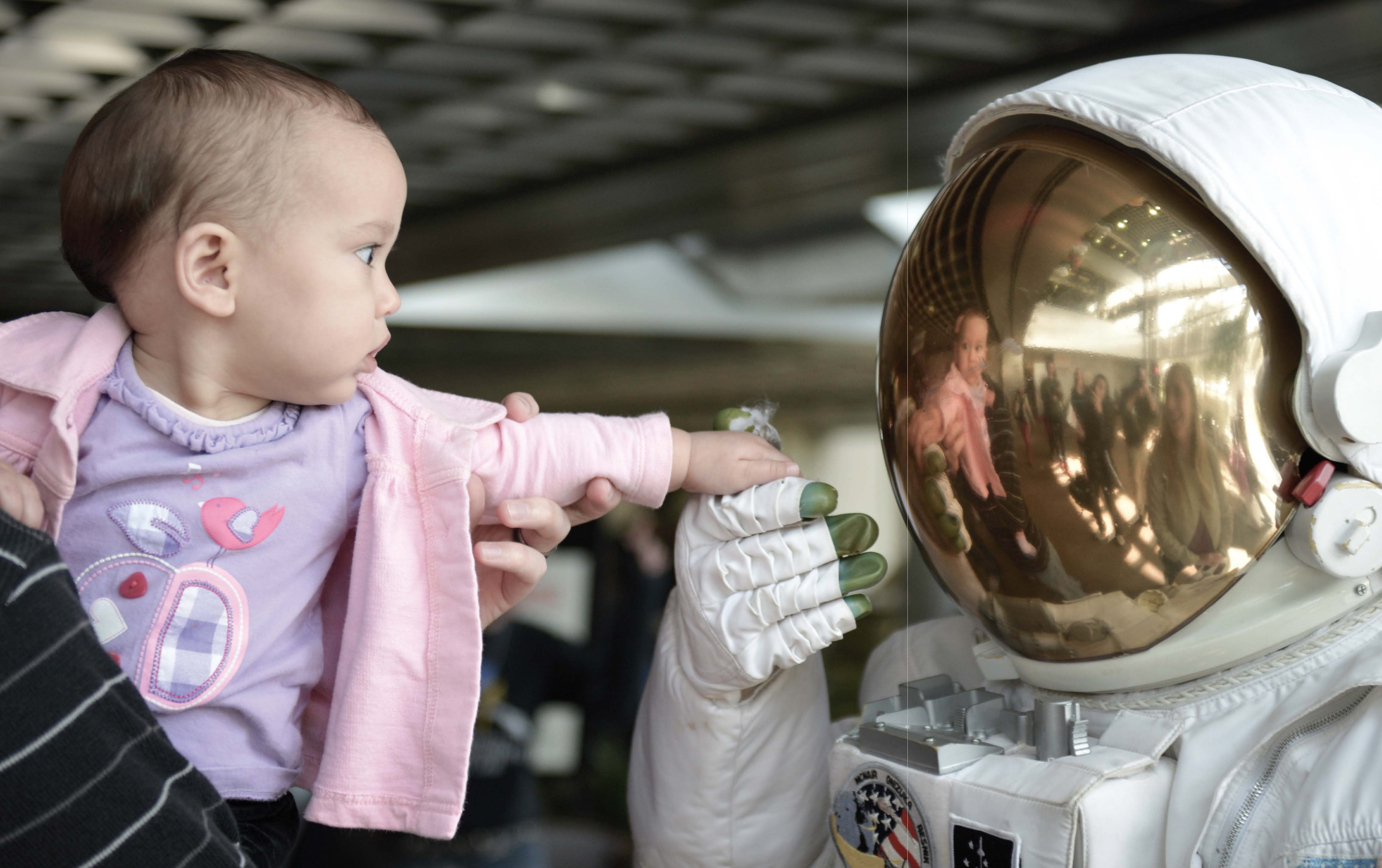 This year in January, the Challenger Learning Center in Tallahassee marked the 30th anniversary of the Challenger disaster and celebrated the legacy of the seven astronauts who perished when the Challenger STS-51L space shuttle exploded just 73 seconds after liftoff on January 28, 1986.

The catastrophic accident claimed the lives of mission commander Francis “Dick” Scobee, Michael Smith, Judith Resnik, Ronald McNair, Ellison Onizuka, Gregory Jarvis and school teacher Christa McAuliffe who had beat out over 11,000 other teachers for the opportunity to broadcast lessons from space. The shuttle itself, used on nine prior missions, had a storied history. It had carried the first American woman—Sally Ride—and the first African American—Guion Bluford—to space.

Then-president Ronald Reagan delayed the planned State of the Union address to deliver a message to a stunned nation and the many schoolchildren who had watched the launch broadcast live on television from their classrooms that day. Famously, his mournful and respectful words fell on his youngest audience: “I know it is hard to understand, but sometimes painful things like this happen. It’s all part of the process of exploration and discovery. The crew of the space shuttle Challenger honored us by the manner in which they lived their lives. We will never forget them, nor the last time we saw them this morning, as they prepared for their journey and waved goodbye and slipped the surly bonds of earth to touch the face of God.”

In the aftermath of the incident, the crew’s family members and friends came together to dedicate themselves to the creation of a living memorial—the first Challenger Center. At founding, Dr. June Scobee Rodgers, wife of the mission commander, said, “We just couldn’t let the words ‘Challenger’ or ‘space’ mean something sad for children. So the idea of a living tribute to carry on the educational mission of the crew developed into Challenger Center. This tribute would utilize the excitement of space to inspire and motivate our nation’s schoolchildren to take interest in mathematics, science and technology.”

Tallahassee residents and deans of the FAMU-FSU College of Engineering, Dr. Norman Thagard and Dr. CJ Chen, in addition to Captain Winston Scott, retired astronaut and former FSU vice president for student affairs, saw a need for a Challenger Center in the capital city. The Challenger Learning Center (CLC) of Tallahassee opened in March 2003 with the mission to “foster long-term interest in science, technology, engineering and math (STEM); create positive learning experiences; and motivate students to pursue careers in these fields.”

Upon entering the soaring lobby at its location in Kleman Plaza, you are transported to a world-class educational facility and can view high quality exhibits, while also seeking out your favorite Florida locales on a two-story satellite image of the state. Using space-themed simulations, IMAX films, frequent planetarium presentations and role-playing strategies, the CLC brings classroom studies to life and helps cultivate skills children need for future success—including problem solving, critical thinking, communication and teamwork. Today, the CLC in downtown Tallahassee serves not only students in Leon and 33 other north Florida counties, but also 32 counties in south Georgia and Alabama and in addition to schools in Tennessee and Louisiana, expanding their reach to hundreds of thousands of students in the Southeast.

Throughout 2016 and beyond, the CLC will honor the brave crew of the Challenger STS 51-L and the accomplishments of their living legacy through special STEM programming, including:

The legacy of the Challenger mission will be its focus on outreach and education. In a recent interview regarding the 30th anniversary of the disaster, Captain Kenneth S. Reighler, a former astronaut, said “I think [the Challenger crew members] would be very, very proud.”

Sarah Sörne is a young professional and STEM enthusiast living and working in Tallahassee.