Seek and You Will Find

Seek and You Will Find 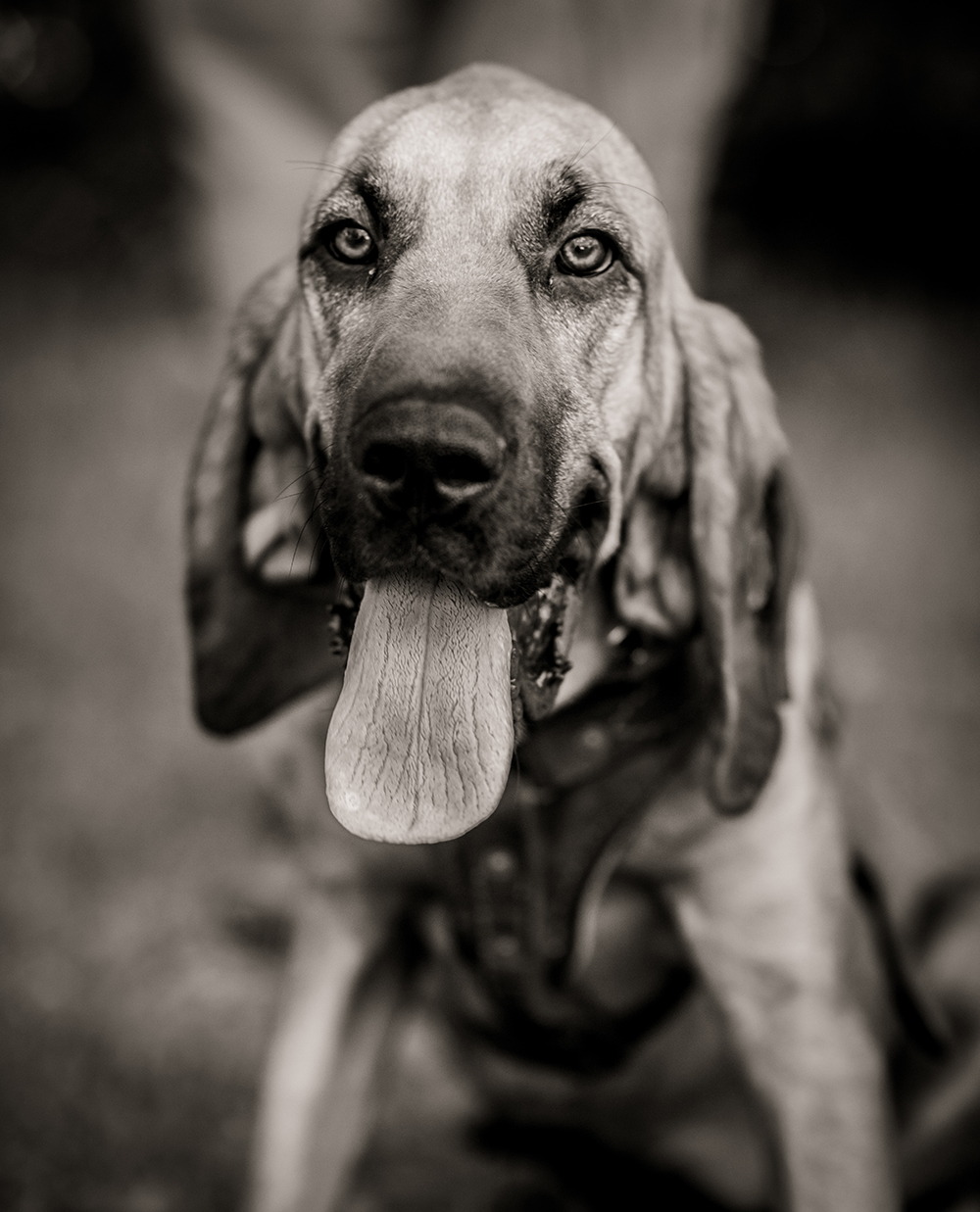 You can tell a lot about a company by the office in which they conduct their business. This may seem like common sense, but it’s easy to forget because it’s more true in some cases than others. The decorations that hang on an office’s walls offer a window into the company’s image: family-owned businesses often have portraits on their walls of children or family groupings; businesses that wish to increase office morale will hang inspirational quotes; and companies wishing to convey their hip business models often put up contemporary art. That first impression is the company’s way of cluing customers in to what kind of service they will receive, thus shaping the clientele’s perceptions.

With this in mind, imagine walking into a building and seeing the following: a picture with the phrase “Seek and you will find”; photographs of ecstatically happy people; and a plethora of kits and jars, containing pieces of cloth and with information written on the outside.

Some clues that may offer insight regarding the nature of the business: the quote on the wall is a reference to a parable from the Bible depicting a man who loses one of his hundred sheep. He leaves the ninety-nine in order to find that one, calling to his neighbors and friends upon finding it so they can celebrate its return with him. The return of the lost one is essential and emblematic for this man: his story personifies the principle of taking someone from an uncomfortable place and bringing them back to safety and happiness.

The jars that have been written on reside with photographs of smiling people, greeting customers as they enter. Other unopened ones sit by the front entrance, unobtrusive, until their necessity becomes obvious. The eye is drawn to the marked jars, and, thus to the connection to the happy folks covering the left-hand wall; beckoning visitors to wonder, “Are these jars behind what makes them smile?” Only after speaking to the shop’s owners and learning the significance of those marked jars, do the unused kits present themselves as items for purchase.

This central idea “people before business,“ along with the strategic design of Scent Evidence K9’s headquarters perfectly encapsulates the mindset of the people behind the operation. Paul and Donna Coley run an organization dedicated to bringing lost persons home and fighting potential heartache for families—by ensuring it never forms in the first place. It’s the perfect occupation for a pair of people with collective decades of experience helping people.

“We get a lot of self-fulfillment from working with other individuals,” Paul insists. “That’s who we are, we like to make a difference. It means a lot to us, and our work has to mean something for us.”

The Coleys worked for Florida State Hospital for over three decades collectively—Donna had been a part of the institution for 22 years, while Paul put in 12 years of work—which was a healthy outlet for each to practice their respective talents. Donna has a Master’s Degree in Counseling and Psychology and her experiences over the last twenty-five years have taught her as much as her education at Troy University. Paul, a former FBI Canine Operations Specialist, started hunting when he was nineteen, which helped provide the foundation for his trailing abilities which he honed throughout his public service career in the fields of law enforcement, criminal justice, investigations, forensics, and emergency management.

Upon becoming Chief of Security in 2008, Paul sought to rectify the hospital’s two main problems: people wandering from hospital grounds and guests sneaking contraband items into the building. It is no surprise, in retrospect, that his best solution was training scent-discriminating dogs. These dogs are expertly-trained to differentiate between myriads of scents pooled together in articles of clothing and maintain their vigor and stamina long after most searches end. Paul and Donna have a program designed to be more demanding than most and the results speak for themselves: the average time taken to find a person dropped from 24 hours to 75 minutes, and the number of contraband smuggling incidents reduced by 40%.

The experience taught the Coleys that a serious improvement could be made in the emergency response industry as a whole. Enter Scent Evidence K9.

One would not be false in saying that Scent Evidence K9 is a very successful operation that uses scent dogs to help the people find their way home, but that doesn’t begin to describe the emotional toll inherent in the job for all parties involved. Paul found this out firsthand very early on in the company’s life.

Approximately three months after the inception of Scent Evidence K9, Paul received a phone call from a sheriff regarding a missing person and drove to the specified location. On the way, he received another phone call, this time from Donna, telling him that the person he was to search for was her sister’s three-year-old grandson. This was a major turning point for Paul and Scent Evidence K9. 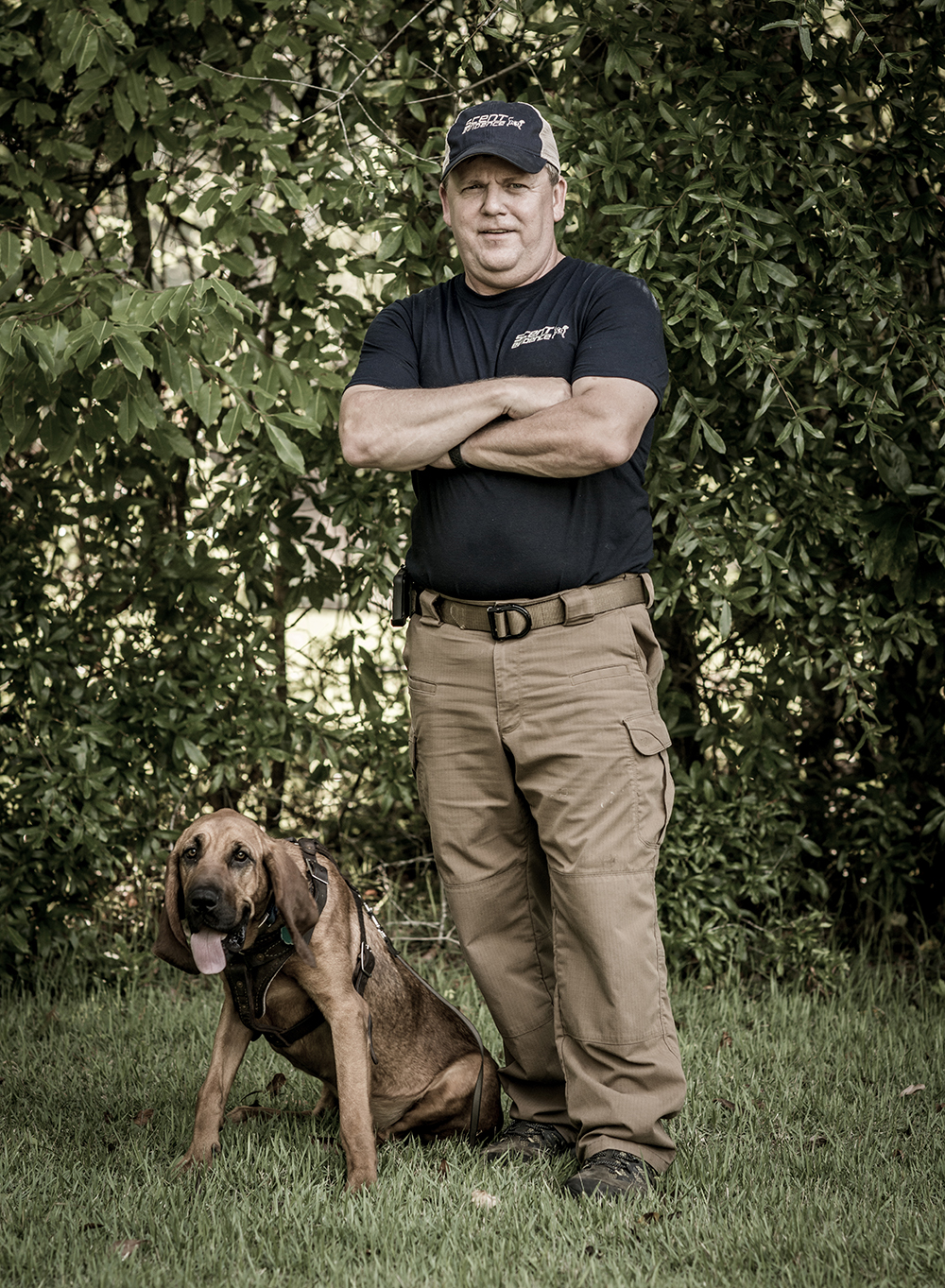 “At that point, I realized I wasn’t trained well enough,” Paul recalls. “We found him, we got to bring him home. But when I got back to my truck, I said, “We’re going to get better, we’re going to understand this, we’re going to dig in, because this is a very, very serious job that we do: bringing somebody’s family member home.”

Since that incident, Paul and Donna have made it their mission to learn as much as they can about human and canine behavior as well as the process of finding people, itself, approaching questions and scenarios with dogged determination from all possible angles. After visiting facilities across the US in order to acquire as many perspectives as possible, the Coleys have come up with the most rigorous and disciplined training regimen for scent-discriminating bloodhounds in the U.S.

“When dealing with stress, your training takes over.” This is one of Paul’s favorite maxims, prompting him to be prepared for any situation. It’s the reason SEK9 is called when the authorities are unable to find someone. It is why the Coley’s have traveled around the world to spread their knowledge with crisis response organizations in other countries, most recently Austria. While there, they have learned from the tactics and practices of others in order to improve upon their own operation.

When it comes to saving lives, there is no place for ego-inflation or “hard-lining”. All possible perspectives are valued, and anyone can provide the pivotal clue that turns the tide of a case.

Nevertheless, the SEK9 team is adamant about resolving every variable. They can often be found in any of the various fields around Tallahassee working with their bloodhounds and search drones, making the dogs comfortable with the mosquito-like contraptions buzzing just above their heads. When they aren’t outside, the crew is usually exchanging tips and advice with another response unit. They can also be found in their office discussing innovative ways of strengthening their system.

Paul and Donna built the SEK9 around implementing what they can learn from data analysis. “There are not a lot of data collection systems for canine work and training methods, and we’re applying those methods,” explains Donna. “We really feel the only way the industry is going to get better is to have data collection to validate the training process. The training needs to be done extremely well in order to be successful.”

One such innovation is an app (already available on most mobile devices) that streamlines the process of logging and organizing data for people training their dogs in scent-discrimination.

However, the company’s primary contribution to responders in missing persons cases, is the Scent Preservation Kit. The kit consists of a container designed to preserve and protect a person’s unique scent for years as well as the tools required for safely collecting this scent. Last July, a missing Florida woman with Alzheimer’s Disease was located using the SEK9 kit. She had preserved her scent two year’s prior to the incident, at the onset of her disease. The successful recovery went viral and was covered by hundreds of news outlets across the world including BBC Worldwide, USA Today, and CNN.

Many families have been restored as a direct result of the kits and the SEK9 Trained K9’s. The most recent example of their success is an incident involving a ten-year old girl. She had gotten lost and was missing for four to six hours before authorities called in a Scent Evidence K9 bloodhound, Chloe, to assist in the search. To make matters worse, she was out in 39° weather in a rugged part of Tennessee. Chloe and her handler found the girl in a gully two and a half miles from where she started. If not for the talented SEK9 team, her fate surely would have been dire.

The Coleys have many meaningful memories of past successful cases. They can recount the names of the families involved, the children whose lives they have saved, and the names of each celebrated bloodhound in every case. They beam with pride over the success of each case.

The Coleys were so dedicated to saving lives and finding the lost that they paid out of pocket for the production of their first Scent Preservation Kits. They saw it not so much as a business but as an opportunity to help others. They are still at it, bringing their unique talents and team to the discipline of search and rescue. They a doggedly search the world over, perfecting their art, and they have found a place in the hearts and lives of many. 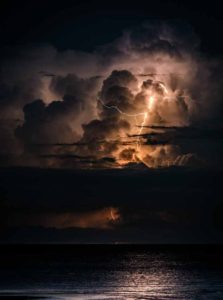