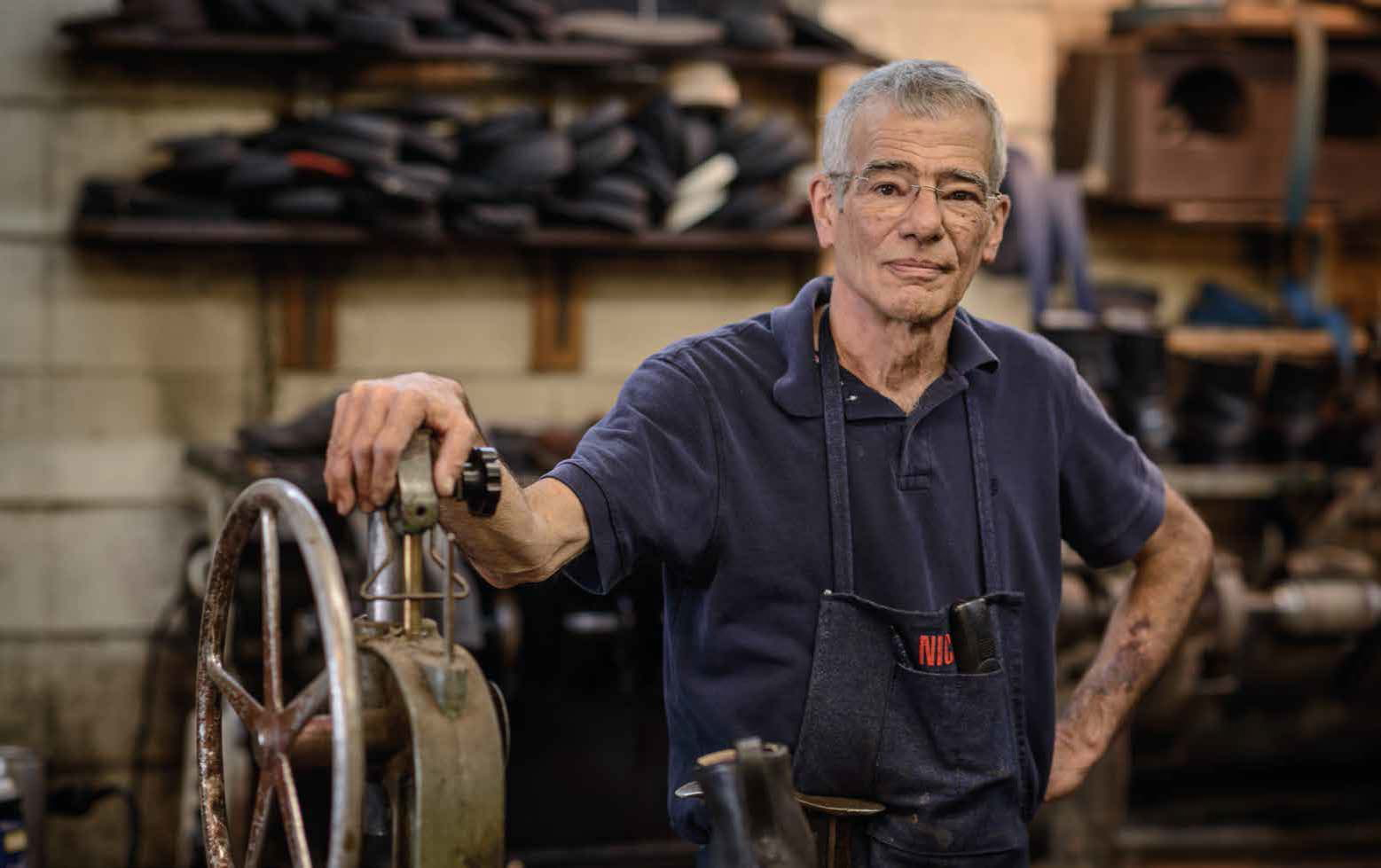 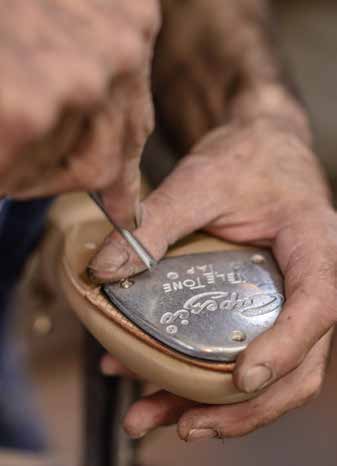 It was 7 a.m. on a Monday morning. Nick Camechis, owner of Capital Shoe Fixery, was already in the back of his shop working. As I walked through the front door, Jazz, a stout black lab and the unofficial store mascot, was fast asleep on her bed but greeted me warmly when I moved to pet her belly.

I have been a customer of Nick’s for over 8 years, but we had never discussed the origins of his business, probably because I had never asked. We sat down in the lobby and talked for about half an hour. I thanked him for the interview and was on my way, but not before handing him my favorite pair of Etienne Aigner loafers that needed restoring. In the days that followed, one aspect of Nick’s story seemed indelibly etched in my mind: hard work. A value that was instilled in him by his father; working hard and genuinely caring about the profession is why Capital Shoe Fixery has been around since 1938. Originally owned by Elton and June Henley, Nick’s father Jonnie bought the business in 1966. A restaurant owner at the time, Jonnie changed vocations in hopes of finding a career more suitable for family life. It wasn’t long before Nick was spending his after-school hours working alongside his father.

“I did it because my dad did it. I also enjoyed contact with people and loved to work with my hands.” In later years, Nick took over the business and continued to run the shop just as his father had. With a continually growing clientele list ranging from politicians and dancers to college students and orthopedic patients, Nick’s handiwork and amazing customer service are a direct reflection of his success and his brazen honesty. 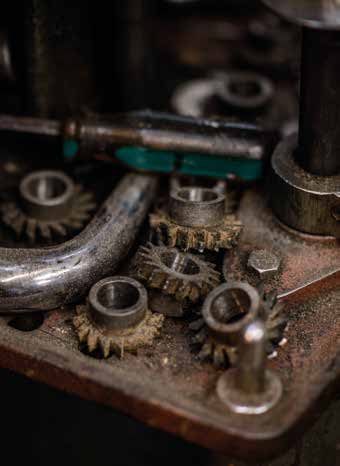 Declining business to save the customer money is part of his work ethic that few understand, but all should appreciate. If the damage is irreparable, Nick will not hesitate to say so. “I only do what works, not necessarily what the customer asks me to do. My name is on all my work. If I can’t fix something because the shoe is poorly made to begin with, I won’t do it.” Machine-made shoes made of cheaper materials, which unfortunately make up the better part of the current retail market, are usually beyond repair after only two years. “Investing money in a good pair of shoes is like investing money in a car. If you buy a product of higher quality and take care of it, it will last you much longer.”Nick’s recommendations for the best in footwear should come as no surprise to shoe-lovers: Italian. Gucci, Ferragamo, and Bruno Magli may elicit sticker shock, but they will undoubtedly fulfill their money’s worth, lasting close to ten years with proper upkeep. Although there doesn’t seem to be a middle ground in pricing for men’s shoes, Nick endorsed one brand in women’s footwear that are well made and won’t break the bank: Ann Taylor, which are, in fact, made in Italy. It turns out that my Etienne Aigner loafers also received an approval of quality from the master cobbler. His years of experience and attention to detail were apparent as he flipped the shoes in his hands and gently tugged on the leather.  “These were made in Brazil; they are good shoes.”Each time I return to Nick’s shop and stand at the counter—a foreground to the paired and packaged produce of Nick’s trade—I am reminded that success and longevity in business require an investment of time and care. Capital Shoe Fixery is clearly a product of  old-fashioned work ethic. Nick dedicates himself to seventy-hour workweeks, no sick days and only the occasional vacation. As I marveled at what some would  consider an arduous schedule, he simply shrugged and looked at Jazz. “She’s never missed a day of work either.” 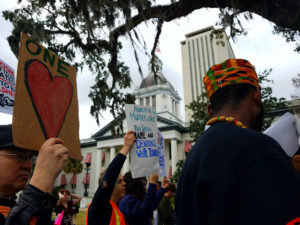